The Portsmouth Arms in Hatch Warren, Basingstoke, has taken the top award in the Community Pub Hero Awards, organised by PubAid and the All-Party Parliamentary Beer Group and sponsored by Matthew Clark. 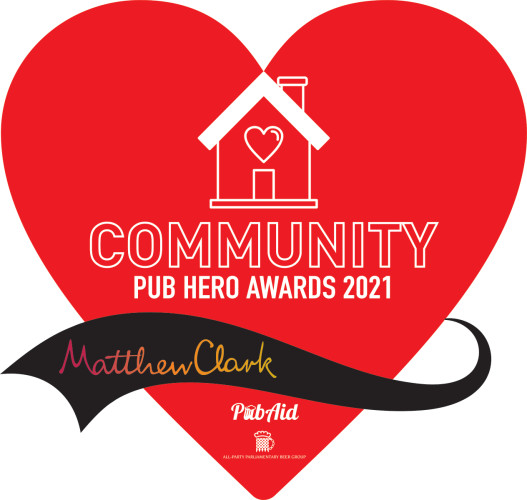 The pub, run by Rich Curtis, was unveiled as the winner in an online event. The Portsmouth Arms was named joint winner with The Horse & Jockey, Merseyside. Both pubs receive a £500 donation from Matthew Clark to the charity of their choice, and an engraved trophy.

The Community Pub Hero Awards were created to recognise the great work done by pubs since the first Covid lockdown in March last year, and reward those landlords and landladies who have gone above and beyond to support their local communities, despite often facing uncertainty themselves.

Rich Curtis, general manager at The Portsmouth Arms, a Hall & Woodhouse pub, launched a virtual pub quiz on Facebook Live at the end of March 2020, as a way of bringing a pub experience to locked down customers. The response was enthusiastic and soon the quiz was running twice a day: a family-friendly one at 5.00 pm – staged with help from Rich’s 9 year-old son Oliver - and one for adults at 8.00. Participants could join for free, but were asked to make a donation to a charity, chosen by the pub and changing every week.

Within a few weeks, the quizzes had raised more than £9,000 for charity and attracted players not just in the UK but around the world. Every week, Rich came up with a new theme for the quiz to keep it fresh, and had a few star guests. In May last year, Rich broke the Guinness World Record for the world’s longest quiz master session, completing a 34 hour, 50-minute quiz which raised more than £21,000 for The Pink Place Cancer Charity in Basingstoke. In total, The Portsmouth Arms quizzes have raised £66,500 for charities.

Nationwide, 115 pubs entered the Community Pub Hero Awards, many of them nominated by their local MP. Entries were judged by a panel of industry experts and a shortlist of 10 finalist pubs was announced earlier this year.

PubAid co-founder Des O’Flanagan said: “Judging these awards was a real challenge: we struggled to choose our 10 finalists from an incredibly strong field, and selecting a winner from that shortlist proved impossible!

“We decided to give the top award to two pubs who took very different approaches to supporting their communities in lockdown: The Horse & Jockey cooked and delivered hot meals and sent out care packages, while The Portsmouth Arms started a record beating pub quiz that raised money for local charities. Faced with ‘comparing apples with pears’, we voted to reward both!”

Rich Curtis said: “We are delighted and surprised to win such an award. Reading through some of the entries, we were honoured to even be amongst such amazing and generous pubs.

“Our purpose at Hall and Woodhouse is to make people’s day and to enrich our communities from generation to generation. Just because our doors were closed, I felt we could still achieve this.

“The way we brought the community together is still felt today and the thing I’m most proud of throughout this whole journey.

Richard Hayhoe, Marketing Director, Matthew Clark said: “This year’s awards have shone a light on the great support lent by so many pubs to their communities, despite frequently facing uncertain futures themselves

“Like everyone else in the hospitality industry, we’re delighted that pubs have started to reopen. And it’s been great to see that people have turned out in numbers to support the pubs that supported their communities during lockdown. Let’s hope that one upside of the pandemic is that people now understand just how important the pub is to its community.”

Mike Wood, MP for Dudley South and Chairman of the All-Party Parliamentary Beer Group, said: “These awards have been a great opportunity for MPs to celebrate how landladies and landlords in their constituencies have stepped up to the mark to support their community during the pandemic. Yet again we have seen that pubs are the antidote to isolation.”

PubAid is a working party created in 2009 to promote UK pubs as a force for good in their communities, sharing the message that they raise over £100m per year for charities and contribute £40 million to grassroots sport. PubAid runs the World’s Biggest Pub Quiz, which has raised £750,000 since its launch in 2016, and the Charity Pub of the Year Awards which ran in 2018 and 2019 before being renamed as the Community Pub Hero Awards in 2020. 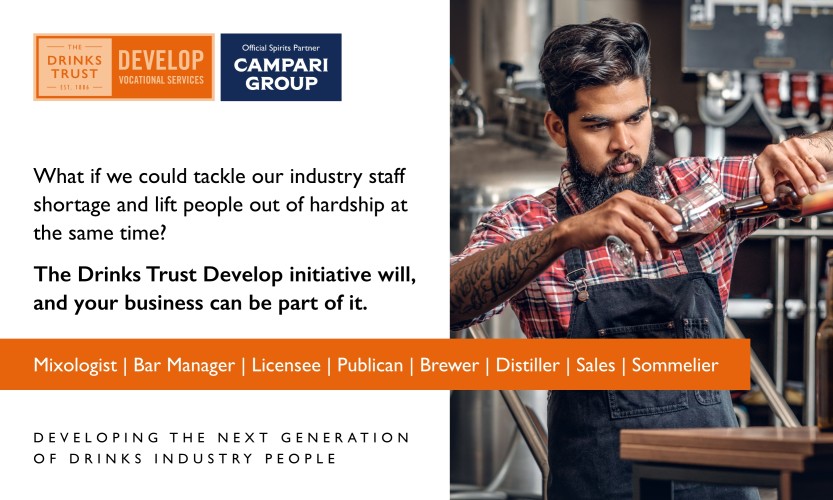 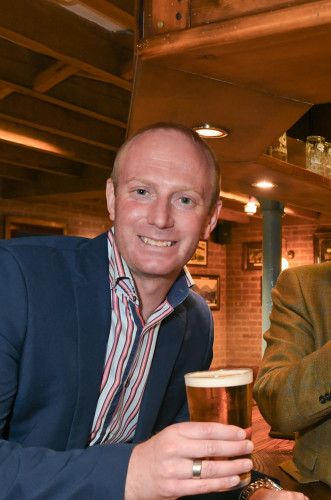