Helping the homeless into hospitality

The pandemic has left no corner of society untouched, and people on the edges –people facing homelessness, leaving prison or the military without support – are especially vulnerable.At Only a Pavement Away, we are deeply concerned that these groups will be noticed less by the rest of society, allowed to fall between the gaps in support and care. It’s not helped by the widespread view that individuals have brought their circumstances upon themselves – a mindset that Only a Pavement continues to challenge, as well as helping those who find themselves in desperate straits. 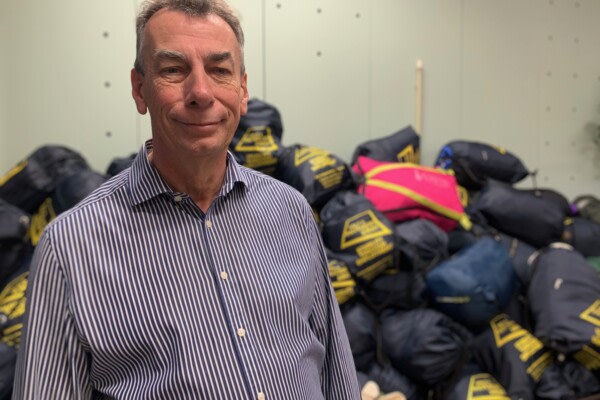 By Greg Mangham, Founder and CEO, Only a Pavement Away
Share on

Only a Pavement Away started nearly four years ago, as my wife Gill and I walked down The Strand on a warm summer’s evening and became acutely aware of the number of rough sleepers, and how young some of them were. We realised that we had ‘noticed but not seen’ rough sleepers, and that realisation triggered what became Only a Pavement Away, which was officially launched in the House of Commons in October 2018.

Since then, Only a Pavement Away has helped 80 homeless Members of our programme into careers within the hospitality industry. Our programme helps them make a smooth transition into employment, removing the potential to slip into a downward spiral of loss of dignity and self-worth. We believe everyone deserves a chance to build a career and live independently.

The results speak for themselves: the average length of service for the 80 people we’ve placed into work is 108 weeks whilst for the 28 still in employment, the figure is 68 weeks. Fifteen of our Members have been with their employers for over a year and three of them have gone past the two year mark. Many of those who have left their first job arranged by OAPA have moved into a second job, thanks to the experience & stability they gained through the programme. The value to the economy of the 80 people involved is c.£2.9m.

The strength of Only a Pavement Away is due largely to the support we’ve received from our employer partners, supporters, donors and the amazing amount of work done on a pro bono basis not least by our Trustees and Advisors. The profile of the charity has increased with having celebrity chef Tom Aikens and actress Emma Osman join as Ambassadors who actively contribute to a number of our campaigns and strategy.

Homelessness in the UK is a problem that we as a society cannot and should not ignore. Many things lead to homelessness and in most cases, it is not the personal fault of those who find themselves without a home. In addition, the link between crime, homelessness and emotional or physical issues resulting from time spent in the military is closer than we can ever imagine.

According to official Government data, on any one night there are now around 9,000 people sleeping rough on the streets - an increase of 167% from 2010. 320,000 people were registered homeless in 2018. On average, one homeless person dies every fortnight on our streets.

In addition, 70,000 ex-offenders are released each year with just a £46 discharge grant in their pockets and there are 6,000 veterans with no permanent address and a shocking 50,000 veterans coping with mental health issues. In a country with the fifth largest economy, homelessness is a scandal.

Only a Pavement Away understands the importance employment plays in breaking the cycle of homelessness, not just through income which helps sustain housing but by raising confidence, improving mental health and wellbeing, increasing self-esteem and creating new personal and social networks. Throughout the design of the project there was always one underpinning realisation; that, as our name suggest, none of us are ever very far away from vulnerability. The gap between turning left or right in life is extremely thin and is often caused through circumstances.

We have ambitious plans for the future, starting with the launch of our Life Skills Hub this summer. This new programme will train those being rehoused and reemployed to live independently whilst developing their employability skills, with sessions on everything from cooking for yourself, CV writing, IT, budgeting and training on menus from our employer partners. At the end, participants become Only a Pavement Away graduates, enabling them to access a range of our support, not least help in finding a job.

Over the next three years, our target is to help 700 people into work. The impact of 700 Only A Pavement Away members finding work will, through self-sufficiency and removal of government support, add £29.9 million to the economy – a sum that could finance the salary of 250 nurses for three years.

Beyond the numbers though, having a job gives each individual the self-respect and pride in being independent and in having their value recognised. At Only a Pavement Away, we will continue to see, not just notice, the homeless, and we will not stop until we have helped as many of them as we can into employment and all the benefits that brings both them, and society. The key is to have employers give our Members a career in hospitality and a chance to have the opportunities a self-sufficient life offers.

Like all charities, we need continued financial support and are presently encouraging people to set up direct debits, whilst in June we will be launching on Crowd Funding as well as looking to open a shop to sell our merchandise. For every £1 donated to us, 85p goes to supporting our Members and we have only two paid full-time employees.

To make a donation, or to find out more about offering employment to Only a Pavement Members, visit the website.

Greg Mangham is an experienced Operations Director with the skills and attributes to either drive a successful business forward and/or rescue a business and a team which is in decline. An exciting challenge with the opportunity to progress within the business is a pre-requisite. Experience of working with a leading Financial Advisory Company on the setting up of new business. 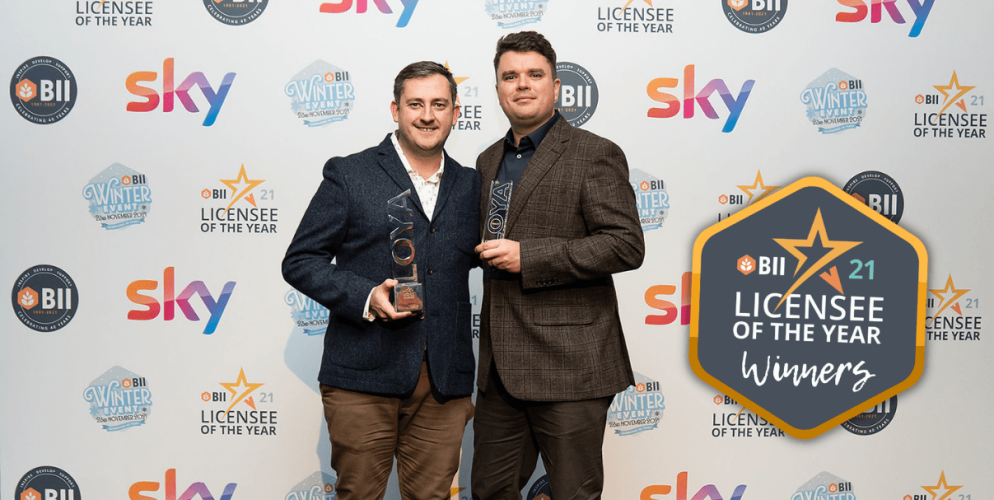 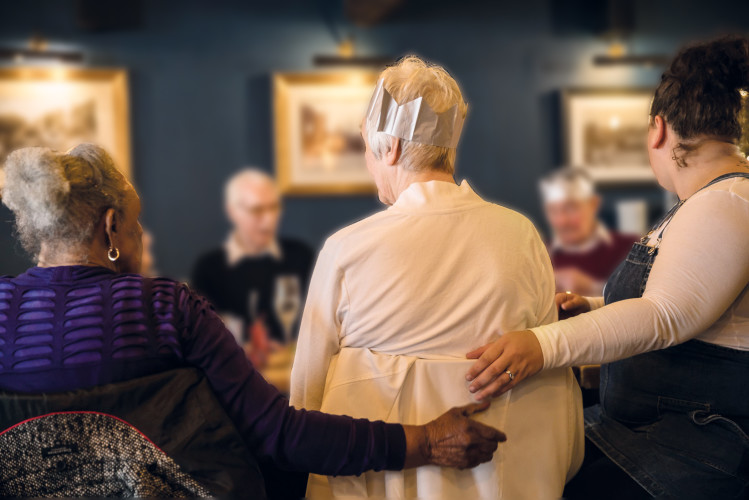 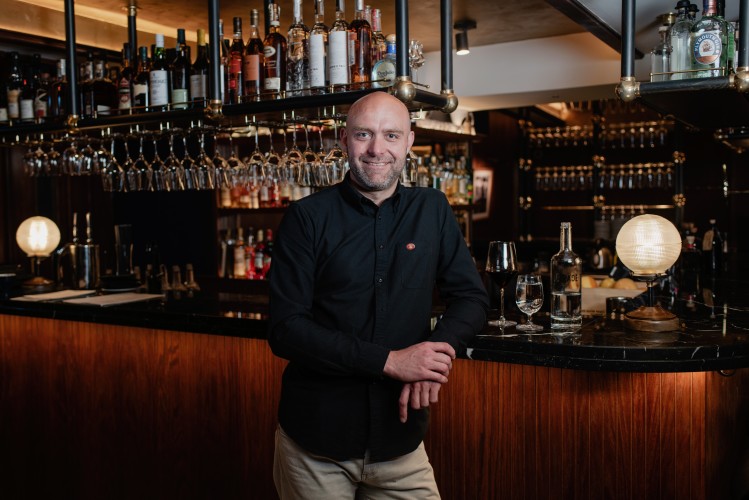 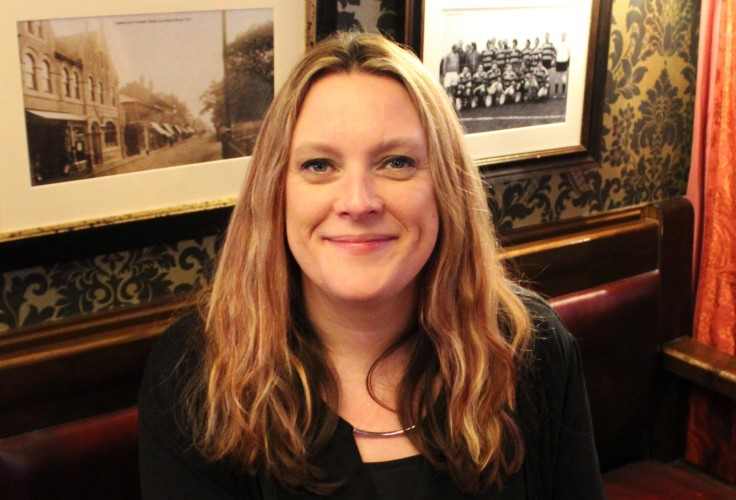